Summer is FINALLY here, the temperatures are increasing, and so is real estate activity! A strong job market and low mortgage rates should stimulate a homebuyer’s interest. Also, with the arrival of summer comes my State Bar of Michigan Real Property Section conference and Michigan Land Title Association conference. Looking forward to learning a few new things to bring back to you for my Fall newsletter.

Inflation has remained at bay. Markets and some analysts now predict that the Federal Reserve will cut interest rates this year.

Demand for home loans has been so robust that mortgage lender profit margins turned positive for the first time in nearly three years and, according to Freddie Mac, a majority of lenders reported or said they expect refinance volumes to increase.

Homeowners staying in one place longer. In the first quarter of 2019, homeowners who sold their homes had owned them an average of 8.05 years. While this is down from a record high of 8.17 in late 2018, it is still up from a 7.75-year average from a year ago. And, because of the increase, sellers are seeing an average price gain of $57,500 from their purchase, which equates to an average of a 31.5% return on their acquisition price, according to ATTOM Data Solutions.

Land Division taxation issues. The Governor signed into law HB 4055 on June 18, 2019, which added certain valuable tax protections for buyers of subdivided land. In order to approve a land division, one of the following must be satisfied: a property tax payment certification of payment of taxes/assessments for the prior five (5) years must be obtained; OR if they have not been paid, the unpaid property taxes/assessments have to be apportioned by the municipality’s assessing officer to the parcel liable for such taxes/assessments.

These changes help both a buyer and seller when there is a land division involved. The change ensures that taxes are paid before division occurs; it creates clarity regarding delinquent tax payments when land is divided, ensuring new owners will not receive the unpleasant surprise of responsibility for unpaid property tax bills of previous owners; and it provides for the approval of a division and apportionment of taxes according to the specific division, which prevents the local government from requiring payment of all the taxes for approval and sale of just a part of parent parcel. The Act takes effect 90 days after the date it is enacted into law, being September 16, 2019.

Facts: In a recent Ohio case, the validity of a mortgage was challenged. Vodrick and Marcy Perry held title to the subject Ohio property as joint tenants with rights of survivorship. The note to the lender was signed only by Vodrick. Likewise, the granting clause of the mortgage listed only Vodrick as borrower. The signature blocks near the end of the mortgage contained Vodrick’s name typed next to the borrower designation and Marcy’s name handwritten next to the borrower designation. Both Marcy and Vodrick signed the mortgage and acknowledged signing the mortgage before a notary public.

In 2014, Marcy and Vodrick Perry filed a Chapter 7 bankruptcy petition. The Bankruptcy Trustee sought to avoid the mortgage as an encumbrance against Marcy’s interest because her name was not listed in the granting clause of the mortgage. Following the trial, the bankruptcy court concluded that Marcy executed the mortgage with the intent to encumber her interest in the property. The Trustee appealed to the Supreme Court of Ohio.

The Supreme Court of Ohio held that “the failure to identify a signatory by name in the body of a mortgage agreement does not render the agreement unenforceable” and that a mortgage that is properly signed, initialed, and acknowledged by a signatory whose name does not appear in the body of the mortgage is not invalid as a matter of law. The Supreme Court of Ohio applied fundamental contractual principles to recognize that a court may consider the facts of each case, and thereafter determine whether a mortgage encumbers the interest of a signatory that is not specifically identified in the granting clause. It is a contractual analysis that may be helpful in other cases in which mortgages are challenged. And, since a mortgage that is missing the name of one of the property owners in the granting clause is one of the most common title claim fact patterns according to various title underwriters, the holding of this case will be helpful if and when a Michigan court looks to the precedent other courts.

Related Party 1031 Exchange denied deferral treatment. In The Malulani Group, Ltd. V. Commissioner, an unpublished opinion out of the 9th Circuit in June 2019, the taxpayer lost this related party case in Tax Court. The taxpayer had sold Relinquished Property to an unrelated party and acquired Replacement Property from a related party. In favor of the taxpayer was the fact that the related party in this case had more realized gain than the taxpayer deferred in the exchange, so there was no basis shifting.

However, the related party had enough net operating losses (NOLs) to fully offset its regular tax liability relating to the sale. The Ninth Circuit upheld the Tax Court’s opinion in finding that the exchange had tax avoidance motives because the tax liability was significantly less than would have resulted from a direct sale of the Relinquished Property.

Always use extreme caution and consult your tax advisor when attempting to effectuate a related party exchange, particularly when a related party is involved in the replacement property acquisition.

We at CSS wish all of you Happy and Healthy Holidays and a safe and prosperous New Year!

What is a Closing Protection Letter and How Does It Benefit Me?

A Closing Protection Letter (CPL) is often required by a lender in a mortgage transaction, but why? Can it be issued to anyone else and what type... 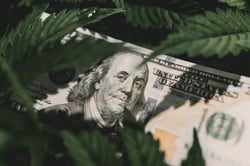 Thus far, 2020 has proven to be a year of changes and challenges—which means that CSS has seen a lot of opportunities to think “outside the box”...

Well, this certainly was not the spring for which we all were hoping! COVID-19 is the top story and top priority right now....

Acronyms have saturated our everyday lives and the real estate realm is no exception. There is one acronym that may sound familiar, but its...

The nights are getting cooler, but real estate activity is still HOT! We continue to see a strong purchase and refinance market as we head into...